Regular business hours are Monday Through Friday 8:00 to 5:00. Summer hours begin June 1st 8:00 to 4:00 and usually end in early August. Staff members are on call and available for emergencies.

Questions about our counseling services? Check out our FAQs. 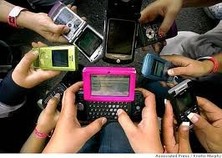 It’s bound to happen: sometime after your child outgrows the need for a babysitter, but before starting college, you are going to leave the house.  Yes, parents do like to go out for an evening, maybe even take a weekend away.   But there is a justified fear that, no matter if your child is the most responsible teen in town, that there could be trouble.  Teens and house parties add up to trouble in too many cases.

“My folks are going to be gone Friday night.  Want to come over for pizza?” A simple invitation from your kid to a friend…that can be text-messaged through the school, IM’d across town and before you know it, a quiet night can turn into house party havoc.  When parents think about underage drinking at house parties, they might flash to images of a trashed home or kids acting wild.  Those are valid fears, but there are even worse consequences. Students drive to parties, or ride with friends.  And then, after the party and the drinking, they get back in their cars to drive home.   Tickets, car crashes, and funerals are all potential endings to the one party gone wrong.

Underage drinking parties do lead to tragedy.  In April 2006, an 18-year-old Sioux Falls student drove to a 19-year-old’s house party.  The 18-year-old girl was downing Captain Morgan rum.  When she left the house, she gave a lift to a passenger who had also been drinking at the party.  She got behind the wheel of her car and was driving on a gravel road when she lost control and rolled in a ditch. She was wearing her seat belt but died of severe head injuries. Toxicology reports showed her blood alcohol content was .173, more than twice the legal limit for an adult. The 19-year-old man who hosted the party was arrested on a misdemeanor charge.

A month later, 18-year-old Dustin Holter's home was decked out for a celebration, with a tent ready to offer shade to partygoers.  The family had all looked forward to Dustin's graduation.  But the expected party turned into a gathering for mourning and support.  Early that morning, Dustin was driving home from a party where drinking was going on.  Near Hartford, he lost control and rolled the car into the ditch. He was not wearing his seat belt, was thrown from the car and killed.  His blood alcohol level was .134.

Your home.  A friend’s house.  A stranger’s place.  A house party at any one of them can be deadly.  Be a parent – it’s what your kids really need.